Fort Canning Park is a large, pleasant green space in the heart of Singapore.  It is home to a number of tourist attractions including the Raffles Terrace, the Battlebox and Hotel Fort Canning (formerly an army barrack). 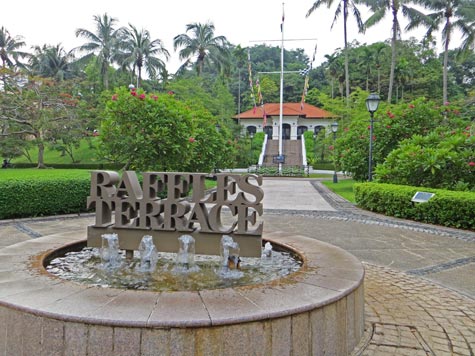 The Battle Box is an underground bunker containing a series of connected rooms and corridors.  It was constructed in 1936 as the control centre for British military operations in Southeast Asia.

The Battle Box has now been transformed into a museum that focuses on the fall of Singapore to the Japanese during WW2.  It features audiovisual presentation on the surrender by the British and other events.