The Arts House in Singapore is located in an attractive white and yellow building in Singapore's Civic District.  It is a multidisciplinary arts centre that is used for dance performances, art exhibits and the screening of films.

The 1827 structure was originally built as a private residence but was used as Singapore's Parliament until 1999, when the New Parliament Building was completed. 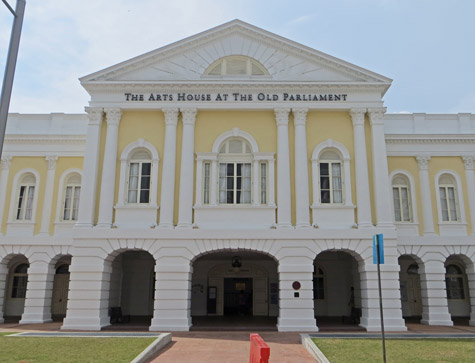 The Arts House at the Old Parliament can be found near Raffle's Landing in the city's Civic District.