The Victoria Theatre and Concert Hall is a magnificent old building in the heart of Singapore's Civic District.  It was built in three stages over a period of several years.

The existing building is actually an integration of three separate buildings. The first of the three buildings completed was the Town Hall.  It was finished in 1862.

The Victoria Memorial Hall was the second building to be completed.  It was designed to match the town hall and was finished in 1905. 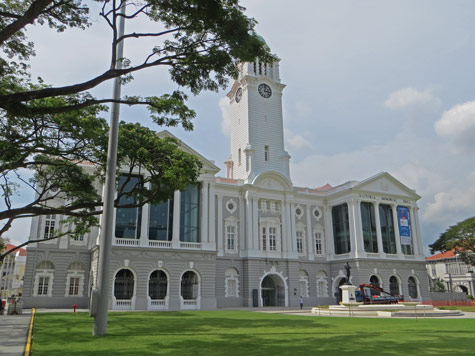 Visitors to Singapore can today enjoy concerts and other events at the Victoria Theatre and Concert Hall.  It is home to the Singapore Symphony Orchestra (SSO).