In 1819, Sir Stamfort Raffles established a trading post for the British East India Company.  The island soon became a free-trade region where merchants from China, India and southeast Asia were able to trade.

Today, Singapore's status as a progressive, international city state is known around the globe. 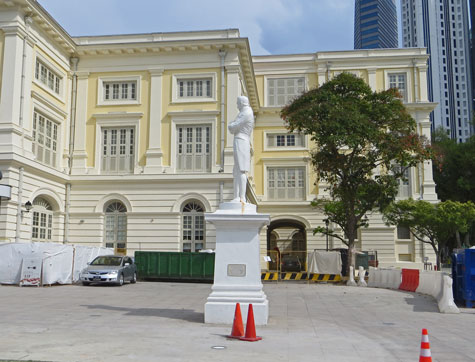 The location on the Singapore River where Sir Raffles first landed is commemorated by a white statue.

The inscription on the statue reads: "On this historic site, Sir Thomas Stanford Raffles first landed in Singapore on 28th January 1819 and with genius and perception changed the destiny of Singapore from an obscure fishing village to a great seaport and modern metropolis".